Or transliterated phonetically, apakaloopsis yaysoo christoo. In English without parsing; “Apocalypse Jesus Christ.” In the original Greek Jesus Christ was in the genitive case, which indicates possession. A few examples of how this translates into English are as follows: The Revelation of Jesus Christ (NASB, ESV, KJV, etc.), The Revelation from Jesus Christ (NIV), This is a revelation from Jesus Christ (NLT), and they get more bizarre from there. I realize this is all very dry and I am sorry but I do have a point. These translations are all fine and adhere to the original intent, yet words can change meanings over time.  I’m a simple person and like to keep things simple. I hope it will help you as well. In modern english, we can translate the original three words into “Jesus Christ’s Apocalypse.” That is the simplest, most concise and accurate translation and should be the title of this book. So think of “Revelation” as, “Jesus Christ’s Apocalypse.”

Actually, that doesn’t really help, does it? Why not? Let’s be honest, we harbor prejudices and presuppositions. For example; if I say “Apocalypse!” many think of death and destruction. More than a few would think about helicopters (if you don’t, and have no idea where I’m going with this, do an internet search). I’m sure many would think of a mushroom cloud from a nuclear weapon. Because of what we have been taught, we associate death, destruction and desolation with the word apocalypse. Internet searches are a microcosm of our preconceived notions and culture, do an image search for “apocalypse” and you will most likely find images that match what you think in your mind’s eye but it doesn’t make it reality. 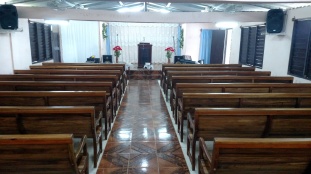 What about this; “Revelation?” What images do you see in your mind? Four horseman, thunder and lightning, doom and desolation? Perhaps you go against the grain and are an incredible optimist and you see streets paved with gold. No doubt many will think of a rapture of the church, where believers are wisked away to heaven and the pews are left empty, yet that isn’t even in Revelation. But what does the word truly mean? One simple definition I found online is, “the making known of something that was previously unknown.” In my humble opinion, that is a very good definition but it doesn’t paint the entire picture of what is meant by “apocalypse.” The reason I say this is because we haven’t destroyed our presuppositions yet. Though a very concise definition, if one let’s it play into their preconceived notions of the word revelation, the book can continue to be only about prophecy. That is to say, God is revealing what will happen in the future via the book of Revelation–he is making known to us what was unknown to us–the future. However, Revelation is not all about prophecy in the sense of far-future fortune-telling. Although it is a prophetic book, its primary genre is that of its first word, apocalypse. What Does this word apocalypse mean? Well, we have a problem, there are varying definitions that have changed over time, mainly due to our misunderstandings of the original intent. Our need and our desire should be to know what Jesus originally intended it to mean. Literally, in ancient times, it meant, an uncovering; or,unveiling. That is that Jesus is removing the veil from something and blowing the lid off of it. Yes, as it turns out, the first word, and title of this book, is a metaphor. Jesus isn’t literally taking a veil off of something, like when the literal veil, was literally torn in the literal temple. He is using a figure of speech so that we can better understand based on the imagery he gives us. 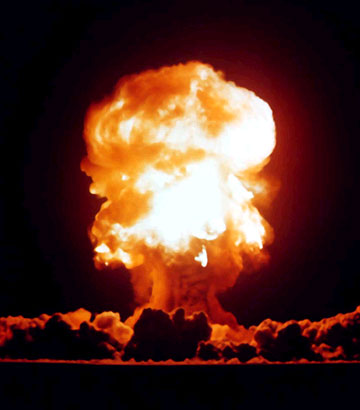 Is a modern movie trailer an apocalypse or revelation? Not hardly, often times scenes in the trailer are often cut from the motion picture. Well then, is the actual motion picture a revelation? No, in actuality the motion picture is supposed to represent “real life.” In the same way, reality T.V. is supposed to represent “real life” but due to recent revelations we are realizing that “real” is actually heavily scripted. Now we are getting somewhere! We were sold a bag of goods claiming to be real but what was caught on camera and broadcast to us was not “real” but scripted and phony. A perfect revelation of this would be a camera, zoomed out to catch all the other cameras and people and costumes and Kraft services; a behind the scenes look at all that is happening “on set.” In the same way a revelation of a motion picture would be the “behind the scenes look” on dvd or blu-ray. If a motion picture represents the here and now, real life, the behind the scenes and commentary are the apocalypse, they show us what is going on out of the seen–pun intended. That’s exactly what the book of Revelation is, the seen verse the unseen. Jesus is revealing, unveiling, uncovering what is happening that we can’t see.

Ephesians 6:11-12; “Put on the whole armor of God, that you may be able to stand against the schemes of the devil. For we do not wrestle against flesh and blood, but against the authorities, against the cosmic powers over this present darkness, against the spiritual forces of evil in the heavenly places.”  This is the unseen, yet there is much more of which we cannot see. These and more are unveiled for us in Revelation. Flesh and blood we see, spiritual forces we do not. God is unveiling scenes to be seen, peeling back the layer that separates us from his realm. Does this include the future, of course but it also deals with the past, present and places we cannot see.