There is always a BUT!

‘I know your deeds, and your love and faith and service and perseverance, and that your deeds of late are greater than at first. ‘But I have this against you…”

“And to the angel of the church in Thyatira write: The Son of God, who has eyes like a flame of fire, and His feet are like burnished bronze, says this: ‘I know your deeds, and your love and faith and service and perseverance, and that your deeds of late are greater than at first. ‘But I have this against you, that you tolerate the woman Jezebel, who calls herself a prophetess, and she teaches and leads My bond-servants astray, so that they commit acts of immorality and eat things sacrificed to idols. ‘And I gave her time to repent; and she does not want to repent of her immorality. ‘Behold, I will cast her upon a bed of sickness, and those who commit adultery with her into great tribulation, unless they repent of her deeds. ‘And I will kill her children with pestilence; and all the churches will know that I am He who searches the minds and hearts; and I will give to each one of you according to your deeds. ‘But I say to you, the rest who are in Thyatira, who do not hold this teaching, who have not known the deep things of Satan, as they call them—I place no other burden on you. ‘Nevertheless what you have, hold fast until I come. ‘And he who overcomes, and he who keeps My deeds until the end, TO HIM I WILL GIVE AUTHORITY OVER THE NATIONS; AND HE SHALL RULE THEM WITH A ROD OF IRON, AS THE VESSELS OF THE POTTER ARE BROKEN TO PIECES, as I also have received authority from My Father; and I will give him the morning star. ‘He who has an ear, let him hear what the Spirit says to the churches.’”

This is the longest and frankly, the scariest of the seven letters. Jesus uses seemingly harsh language–threatening to kill children and make people suffer sickness; which he has every right to do and​ that is terrifying! “It is a terrifying thing to fall into the hands of the living God.” Hebrews 10:31. But we also must remember that although this is a letter, it’s a Hebrew style apocalyptic prophecy. There is hyperbole, analogy and imagery. For instance, the word, adultery, may not mean literal adultery but adulterated, as in, admixture to the pure. More on this when we get to Revelation 18. Throughout the Bible, adultery is used as imagery to portray any immorality of the heart or body.

I cringe at the thought of writing this missive. There are 7 letters to 7 churches and 7 Spirits before his throne; I believe that indicates completeness. Thus, while written to the seven churches, the letters​ can apply to all churches throughout history. Does this apply to the church in America today? 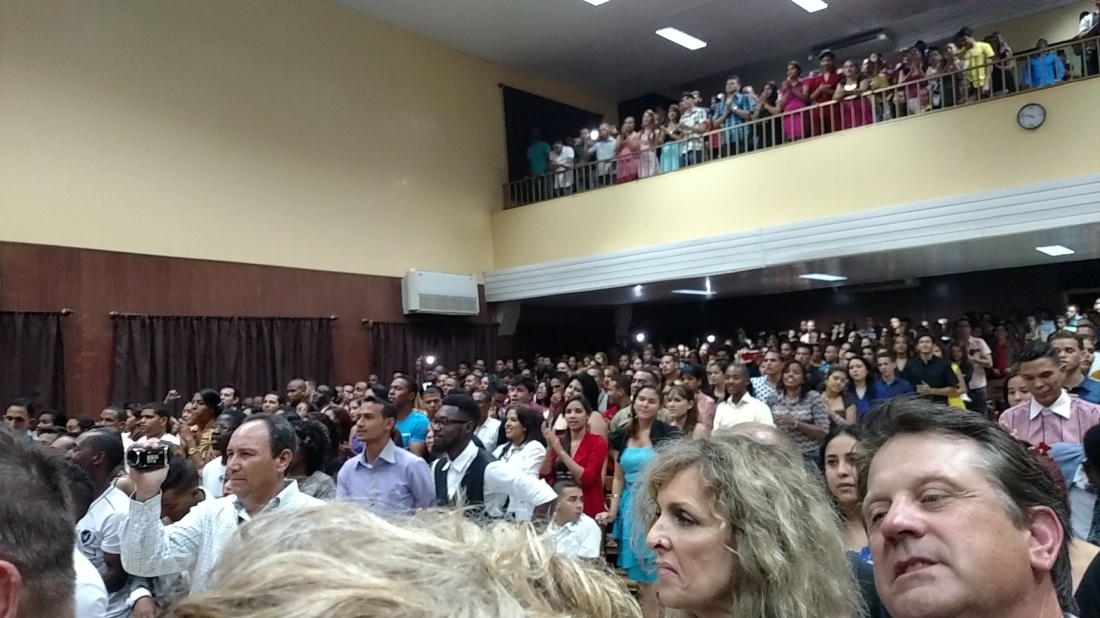 I’m sitting here counting–and I doubt that even my mother will believe this–I have been to almost as many “churches” in foreign countries as I have in the United States. (When I write “churches,” I use the word loosely, as in, a building with one or more professing believers.) And I have been in a lot of churches in America–in Massachusetts, Texas, Virginia, Vermont, New Hampshire, Florida, Maine and probably other states that I don’t recall. Yet I have also been in many across the ocean. In Israel I think my record was 4 or 5 in one day. I have seen and experienced a wide variety of churches. From cathedral to cottage, steeple to steps, highrise to house, big buildings to not even a building–and the people were as diverse as the buildings–Catholic to Charismatic, Reformed to uninformed, Eastern Orthodox to down right ornery. I have witnessed sinners saved, rejects redeemed, the poor and widow defended and the hungry fed. Unfortunately, I have also seen the orphan oppressed, the infants ignored and Spiritual soliloquies stymied. I have observed acts of obstinate arguments on the verge of fisticuffs. I have never seen a disagreement come to blows within the walls of a “church” but have a friend who has. Admittedly, I have not seen it all but I have seen much and in various venues. In all the churches in which I have been, the most prevalent and precarious position, is the propensity to parallel the people in the church of Thyatira. Where men and women are gathered together, the propensity is always there. Youth groups are a great example and yet only a microcosm.

One thing I love about teenagers is, for the most part, they will lie to you about little things but be brutally honest about the big things. For example: When asked if they took an extra, tiny piece of candy, many will lie, even though I watched them do it and they watched me watch them do it. But when asked about something of which I wouldn’t be able to tell whether or not they’re lying, they’ll almost always tell the truth. For instance: if I ask a young man why he came to youth group, a girl’s name is usually mentioned. They’ll tell you, they’re there for the girls. I am sorry to inform, but I have done this long enough to have observed that the girls know this and take advantage. We may not be in Thyatira yet, but the propensity is peaked and the pump is primed.

I do believe this is why the letter is the longest and the harshest. Jesus knows man’s desire for woman and woman’s desire to be the man. There, I wrote it. Women use the desire of men to usurp the authority that God gave to the man. If we’re honest, we’ve seen it and been at some point, at least once, no matter how infinitesimal and no matter the result, involved in it. Whether directly or indirectly, we’ve all been helped or hurt by men caving in to the craving. Men, admit it, sometimes we even cave just so we don’t have to argue. I certainly have.

The funny thing is that in Christ, there is no man or woman. The man’s authority is like a tie breaker. Someone has to be the head and God chose man. Sometimes I think it was because man doesn’t want to take charge and woman does. Not that God has a twisted sense of humor–on the contrary, we’re the twisted ones, this is merely proof. I cannot believe I am writing this.

Forget what​ I wrote, let’s consult our tutor the Old Testament, but first, the New, and maybe out of context because I know it in the King James: “But I suffer not a woman to teach, nor to usurp authority over the man, but to be in silence.” Yeah, I know but let’s look at the original Jezebel in 2nd Kings 21, starting in verse 5: “But Jezebel his wife came to him and said to him, “How is it that your spirit is so sullen that you are not eating food?” So he said to her, “Because I spoke to Naboth the Jezreelite, and said to him, ‘Give me your vineyard for money; or else, if it pleases you, I will give you a vineyard in its place.’ But he said, ‘I will not give you my vineyard.’ ” And Jezebel his wife said to him, “Do you now reign over Israel? Arise, eat bread, and let your heart be joyful; I will give you the vineyard of Naboth the Jezreelite.” So she wrote letters in Ahab’s name and sealed them with his seal, and sent letters to the elders and to the nobles who were living with Naboth in his city.” There is much more on this woman but you get the imagery Jesus is using to the church in Thyatira.

Controversial? I suppose. And I think it is less of a problem now than when I was young. No, not only for me, but the church as a whole body. Men are stepping up and acting like men and women appreciate it. But the propensity is an ever present danger. We must be honest and alert.

That really is the good news in all of this. While all have been affected, not all directly participated. And many who have, myself included, have had our minds changed and have repented. This is exactly what Jesus said to those in Thyatira. Notice: “…and those who commit adultery with her into great tribulation, unless they repent of her deeds.” And, “But I say to you, the rest who are in Thyatira, who do not hold this teaching, who have not known the deep things of Satan, as they call them—I place no other burden on you. ‘Nevertheless what you have, hold fast until I come.'”

What more could I write, I will give Jesus the last word? “And he who overcomes, and he who keeps My deeds until the end, TO HIM I WILL GIVE AUTHORITY OVER THE NATIONS; AND HE SHALL RULE THEM WITH A ROD OF IRON, AS THE VESSELS OF THE POTTER ARE BROKEN TO PIECES, as I also have received authority from My Father; and I will give him the morning star. ‘He who has an ear, let him hear what the Spirit says to the churches.’”